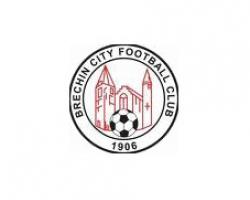 Brechin 2-4 Ayr: Match Report - view commentary, squad, and statistics of the game as it happened.Beattie brace sees off BrechinA brace apiece for Scott McLaughlin and Craig Beattie earned Ayr a 4-2 victory over 10-man Brechin at Glebe Park.Brechin were looking to build on their 5-0 hammering of Stirling last weekend, and they finally breached a resolute Ayr defence just after the break when Andrew Jackson broke free and squared for Alan Trouten to coolly slot home his third goal in two games.But Ayr were level within five minutes when McLaughlin buried a penalty into the bottom corner after Brechin's Jamie McCormack had handled in the box.Midfielder Jamie Masson swung the momentum back towards Brechin when he curled the ball into the corner from outside the box to make it 2-1.Brechin's Greg Cameron was then dismissed for two bookable offences, gifting Ayr a way back into the game

Substitute Beattie levelled the game at 2-2, McLaughlin stroked home another penalty to put Ayr into the lead before Beattie grabbed his second with a low drive late on to make it four